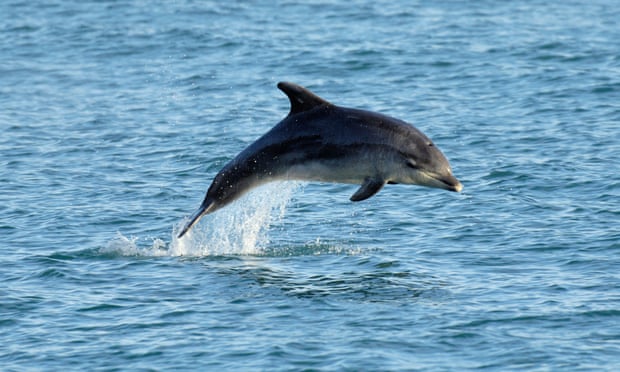 Antibiotic resistance is rising in dolphins, researchers have said, mirroring the trend seen in humans. Scientists examined disease-causing organisms, or pathogens, found in samples from the blowholes, gastric fluid and faeces of bottlenose dolphins from the Indian River Lagoon in Florida. Read more …(by The Guardian, Sep 15, 2019)

A veteran Melbourne-based researcher has won one of the science world’s top prizes for identifying the soldier-cells of the immune system.

Often referred to as “America’s Nobel”, the $US250,000 ($A364,000) Albert Lasker Basic Medical Research Award is the second-biggest award in biomedicine.

Emeritus Professor Jacques Miller, 88, who is based at the Walter and Eliza Hall Institute of Medical Research in Parkville, was announced as a joint winner on Tuesday. Read more…(by the Sydney Morning Herald, Sep 10, 2019)

Bacterial resistance to two disinfectants used in large amounts to control the spread of hospital infections is strongly associated with resistance to several antibiotics used to treat common infections, our latest study shows. (read more in The Conversation)

Flax naturally adapted to new environments rather than by human influence due to a set of genes that enable it to change its architecture according to researchers from the School of Life Sciences at the University of Warwick.  (read more in Phys.org).

“Uncertainty continues to swirl around scientist He Jiankui’s gene editing experiment in China. Using CRISPR technology, He modified a gene related to immune function in human embryos and transferred the embryos to their mother’s womb, producing twin girls.

Many questions about the ethical acceptability of the experiment have focused on ethical oversight and informed consent. These are important issues; compliance with established standards of practice is crucial for public trust in science.”  (read more in Philly Voice 26Dec2018)

Parrot Genomes Provide Insights Into Evolution Of Longevity And Cognition

“Analysis of the genome of an Amazon parrot and 26 other birds revealed that long-lived birds share a large number of similar mutations in genes associated with longevity, larger brains and advanced cognitive abilities — and parrots evolved new genes associated with learning speech” (read more in 2018 Forbes Media LLC)

CRISPR without the Chop Reverses Genetic Obesity in Mice

“Scientists at the University of California San Francisco (UCSF) have used a modified version of CRISPR technology to reverse genetic forms of severe obesity in two different mouse models, but without carrying out any genome editing. The technique, called CRISPR activation (CRISPRa), uses the CRISPR guidance system to target a particular gene sequence, but instead of using Cas enzymes as molecular scissors to cut out and repair or replace sequences, the technology amplifies existing gene activity to ramp up protein production.” (read more in GEN, 14Dec2018 )

AN UNHEALTHY SKEPTICISM ABOUT ANIMAL GRIEF

THE ORCA, HER DEAD CALF AND US

DARWIN COMES TO TOWN: HOW CITIES ARE CREATING NEW SPECIES

THIS IS THE MOST COMPLETE BRAIN MAP TO DATE

THIS IS WHY YOUR BRAIN NEVER RUNS OUT OF PROBLEMS

A CENTURY ON, WHY ARE WE FORGETTING THE DEATHS OF 100 MILLION?

PLANTS ‘TALK TO’ EACH OTHER THROUGH THEIR ROOTS

RESEARCHERS & WHO CLASH OVER GLOBAL THREAT OF DRUG RESISTANT MALARIA

HERE’S THE BEST SCIENCE ON HOW YOU CAN AVOID DEMENTIA

WOULD YOU WANT TO KNOW YOUR ALZHEIMER’S RISK?